For those of you who play College Fantasy Football, these are players who may be “free agents” in your league as the waiver wire claim period has likely already passed. Many other sources already offer waiver wire recommendations, so this is geared a little differently in case you missed out on waivers.

I’m not claiming these guys are going to be stars (but they may be!), but if you are in need at a position I consider them players whose potential value exceeds their Fantrax rostered % (potentially a similar principle for DFS as well).

In Tuesday news QB Connor Bazelak was named Missouri’s starter, North Texas RB Oscar Adaway is expected to be out again this week, while Auburn said they were hopeful to get all of their injured players back this week. New Mexico QB Brandt Hughes was also announced to be out for the season with a shoulder injury. 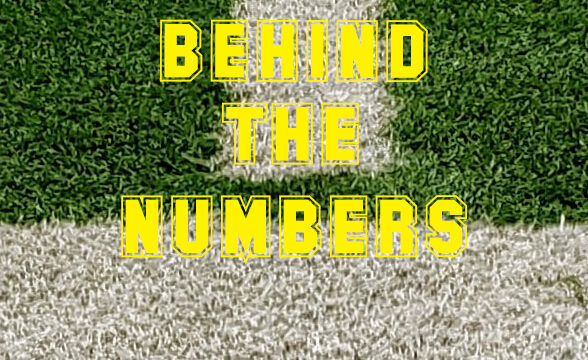 I take a look at some key stats & fantasy takeaways that stood out for 12 different teams last weekend. The “Stat to Know” from each team is bolded, as well as players who are mentioned.

East Carolina – after two games 4 different players have between 16-19 rushing attempts (3 RBs & QB Holton Ahlers) with the leading rusher actually being RB Keaton Mitchell who has 66 yards on only 9 attempts. Stay away from ECU RBs unless a leader emerges.

Florida State – RB Lawrance Toafili rushed for 12/99 and 1 TD this week. On the season he is now the team’s leading rusher (163 yards) while averaging 8.2 yards a carry and also has 4 catches for 47 yards. Yes the opponent this week was Jacksonville State, but he was also the leading rusher against Miami last week (8/64) when La’Damian Webb was out.

Kentucky – As you may have seen in the “Interesting Stats” post, Kentucky rushed for 400 yards yet lost the game this week. RB Kavosiey Smoke left the game with a rib injury and will be out a few weeks, so I think RB Chris Rodriguez’ (17/133-2 last week) stock is only improving.

MTSU – QB Asher O’Hara is back after a terrible start to the season. This week he threw for 217 yards and 1 TD, and rushed for 25/98 and 1 TD. The next leading rusher for MTSU had 6 carries for 10 yards. I was concerned he had no rushing game to support him the first two games of the year, but that clearly didn’t matter last weekend.

Mississippi State – Let’s look at the WRs now that we have 2 games of data – as a longtime fan of Mike Leach offenses I am also distinctly aware that often different WRs pop up from week to week. Of the 43 completed passes this week, 19 went to RBs. Among WRs only Osirus Mitchell (5/61) & Jaden Walley (6/56) had decent statlines, with WR JaVonta Payton getting the only TD (2/23-1). As a point of reference, Washington State had only one 1000 yard receiver in 2019, and none from 2016-18. I’m not saying a WR won’t break out, perhaps Mitchell, but I am saying history usually doesn’t support one true dominant WR.

North Texas – I mentioned this in the Interesting Stats from Week 5 post as well, but WR Jaelon Darden had 13/104-1 on a huge 20 targets last week. With WR Jyaire Shorter getting injured last week (he is out this week) that may help maintain Darden’s volume.

Ole Miss – QB Matt Corral not only threw for over 300 yards again this week (320 with 4 TDs), he also rushed 13 times for 51 yards. After two games, Corral is tied with RB Jerrion Ealy for the team lead in carries with 26. That stat has me high on Corral but also wary of any RBs right now.

South Carolina – When RB Marshawn Lloyd went down coaches said to expect RB by committee. In the season-opener carries were split, but this week RB Kevin Harris had 22/100-1 while also catching 4/27-1. RB Deshaun Fenwick was next this week with 6/32. On the season Harris has out-gained Fenwick 155-63. Looks like Harris may be establishing himself as RB1 with Fenwick as a nice change of pace back who has 9 catches for 69 yards.

Tulsa – How is Tulsa doing replacing the injured RB Shamari Brooks? This week RB TK Wilkerson rushed for 22/86-1, while RB Corey Taylor went for 11/60. In Tulsa’s first game Taylor was very limited as he was just coming out of covid-quarantine. The opening game leader RB Deneric Prince, was 8/41 this week. I might take a flyer on Wilkerson if you need a RB.

Virginia – QB Brennan Armstrong was 24/43-270-3 against Clemson. But what really stood out to me was that he rushed 22 times for 89 yards. The next leading rusher was RB Wayne Taulapapa with 13/47. Armstrong has more rushing attempts than any other Cavalier over 2 games plus is averaging 44 passes a game. I like that volume.

Tons of injury updates on Monday – in some of the biggest news QB Alan Bowman (Texas Tech) is day to day, QB Skylar Thompson (Kansas State) sounds questionable this week but nothing severe, RB Kylin Hill (Miss State) sounds hopeful to play, while SMU’s RB TJ McDaniel and WR Reggie Roberson didn’t have detailed updates but were said to both potentially be long term injuries.

Behind the Numbers – 16 Interesting Stats from Week 5 (Oct 3)

Some of these 16 stats from Week 5 are just for trivia, but most are good to know as you look at fantasy trends/leaders across the season or for specific positions or teams (if you enjoy this post please share it!).

UTSA RB Sincere McCormick rushed for 22/150-1 this week, and is the only player in the nation two have 2 150+ yard rushing games this season.

While teams have played different totals of games, it is still impressive that UCF has 2 of the top 5 FBS receiving yardage leaders in the nation – #2 Marlon Williams (388 yards) & #5 Jaylon Robinson (366 yards).

North Texas WR Jaelon Darden was targeted an amazing 20 times as he had 13 catches for 104 yards last weekend (13 receptions tied Marlon Williams (UCF) as a season-high). Boston College also had an impressively targeted-duo – TE Hunter Long (16 targets, 9/96) & WR Zay Flowers (14 targets, 8/61). For those who may recall, I raved about Long last week as well.

Last week I shared a concerning stat about Oklahoma State RB Chuba Hubbard having the two worst 20 rush attempt performances of his career. Well playing against Kansas cures many a cold streak as he rushed for 20/145 and 2 TDs. The 7.3 yards per carry last weekend was the 5th best of his career when he gets 20+ attempts.

SMU WR Reggie Roberson caught 5 balls for 243 yards and 2 TDs last weekend, which was the highest yardage total of the season. Two other receivers topped 180 yards this week – DJ Turner, Pitt (8/186), John Metchie, Alabama (5/181), the 3rd and 6th highest totals of the season.

Kentucky is the first team to rush for 400 yards in a game this fall and lose, only happened three times in 2019 – Georgia State, Army, Ole Miss

Mississippi State QB KJ Costello completed 43 passes last weekend, highest for the school going back to 2000. The next highest total is Dak Prescott who had 38 in a 2015 game. Costello’s previous game total of 36 is 3rd.

A bonus Boston College TE Hunter Long stat – only 7 receivers have 3 75+ yard receiving games this season, he is the only TE on the list. 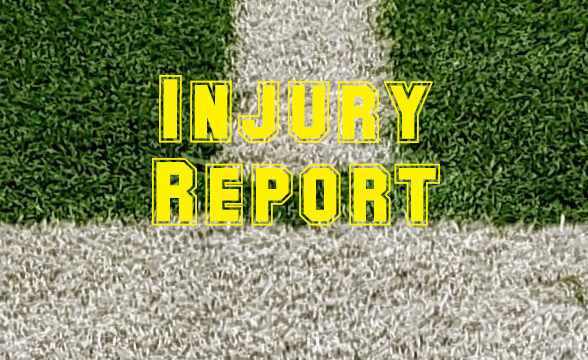 QBs: The most surprising news of the day was likely some of the surprise starters – Tate Rodemaker (FSU), Katravis Marsh (USF), and Tyger Goslin (Navy) for Dalen Morris who was out. Listed below are many of the starters in situations that were uncertain going into Saturday.

RBs: The biggest news of the day here may have been Oscar Adaway (North Texas) not playing for undisclosed reasons.) Chris Curry (LSU) and Shaun Shivers (Auburn) also unexpectedly did not play.

The biggest news on Thursday was Tulane RB Tyjae Spears had knee surgery for a likely ACL tear suffered last weekend and is done for the season. Spears had rushed for 274 yards & 2 TDs this season. Tulane also announced they’ll have a new starting QB, Michael Pratt, for their game next week.

On Friday came a series of updates about Texas QB Sam Ehlinger and RBs Bijan Robinson and Roschon Johnson, who are all expected to play Saturday. 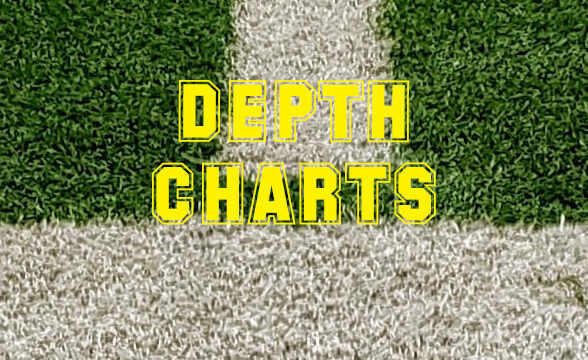 Following are the fantasy-relevant starting depth charts released by the teams, along with any notes and last year’s stats, for FBS teams playing their FIRST games of the season October 3rd.

Houston depth chart (from prior to previous postponement):

For those of you who play College Fantasy Football, these are players who may be “free agents” in your league as the waiver wire claim period has likely already passed. Many other sources already offer waiver wire recommendations, so this is geared a little differently in case you missed out on waivers.

I’m not claiming these guys are going to be stars (but they may be!), but if you are in need at a position I consider them players whose potential value exceeds their Fantrax rostered % (potentially a similar principle for DFS as well).